Man narrates his ordeal in the hands of corrupt police officers and it’s painfully hilarious - Read and try not to laugh.

Monday, December 03, 2018 - It seems corruption is part and parcel of the DNA of police officers world over.

If you thought that the Kenya Police Force is the most corrupt around, this Nigerian guy will prove you wrong.

Taking to twitter, the guy narrated how his dream to join the police force was thwarted by a corrupt officer.

Apparently, he turned up for the police recruitment exercise and despite being the best at the tasks they were assigned, he was left heartbroken and vowed never to try again.

Read his post below and try not to laugh. 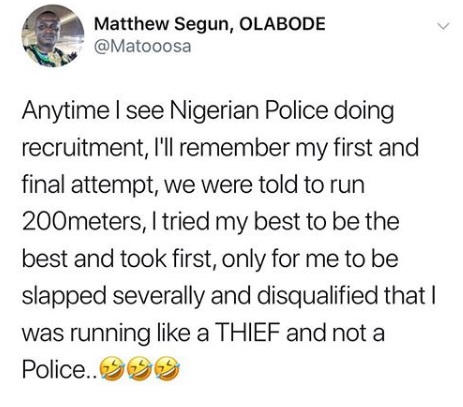