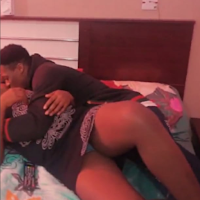 Saturday, November 24, 2018- A man has disclosed how he had sex with his friend’s wife in his own house.

Narrating the sex escapades on Kenya Talk, a popular social media platform where Kenyan men pour their hearts out, the randy man claims he was tempted by the friend’s wife to sleep with her.

Apparently, he was forced to sleep at the friend’s house after a drinking spree.

His friend was so drunk after a night out and this forced him to take him home.

Since he was also drunk, the friend's wife suggested he should sleep-over and go home in the morning instead of driving to his home  while drunk.

He slept at the table room while the drunk friend and his wife went to their bedroom.

The guy claims his friend’s wife sneaked to the table room and they had several rounds of unprotected sex while her husband was dead asleep.

When he asked the friend’s wife why she made such a stupid move, she complained her husband was not satisfying her in bed yet she is sexually starved most of the times  because he spends most of the time in bars.

Read this thread and never trust any human being especially friends. 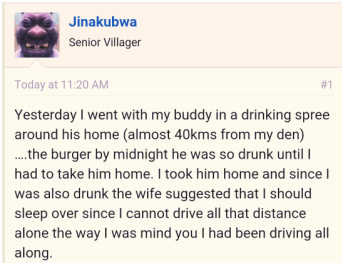 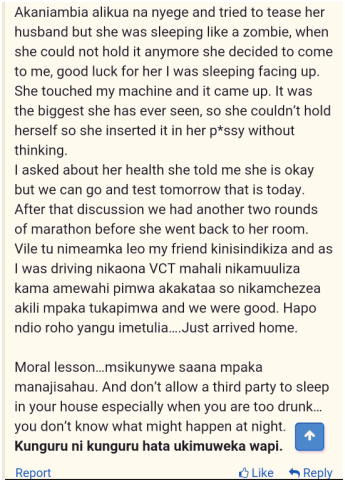