Is ATWOLI asking God to kill RUTO and members of the maize cartel? See what he said in his mock prayers on Sunday about the DP 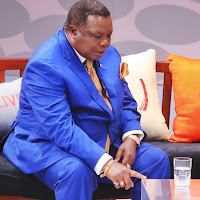 In a video clip that has gone viral, Atwoli who was mock-praying in a public ceremony also asked God to intervene and give President Uhuru Kenyatta the wisdom of dealing with corruption in Kenya.

"Mungu simama na sisi ingia kwa roho ya mtoto wa Kenyatta atuokoe, ili nchi hii ibadilike. Ikiwa kuna mwizi ndani yetu Mungu usione aibu kutuondelea (God stand with us. Touch the heart of the son of Kenyatta so that this country can change. And if there is a thief in our midst, our heavenly father remove the thief without feeling any shame,” Atwoli said.

The COTU boss also alleged that cartels were advocating for maize to be purchased at a lower price from local farmers, yet the farmers used almost twice the Government's suggested price of Ksh 2,300 to produce a 90kg bag of maize.

“The people taking maize are our children, but even if that is the case, we ask you God to remove them for us.”

“And the politicians are not coming out to fight for the farmers who don’t even have school fees for their children," Atwoli said.

He concluded by saying the maize cartels were trying to create an artificial food shortage in the country so they can import.

"We want to see them in court. And the dangerous thing any leader should accept is to create instability in the country through shortages of food," he said.

Deputy President William Ruto is said to be a ring leader of cartels in the maize sector.