Jill Scott got freaky while on stage and gave her fans more than they bargained for.

From the video that has shocked netizens, the mellow-voiced singer is seen using her microphone as a stand in dick and proceeds to show her prowess at giving head. 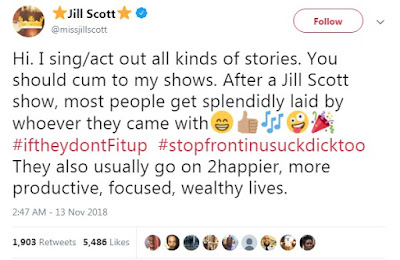 The raunchy act has drawn out mixed reactions but the Golden hitmaker has remained defiant.