Friday, October 19, 2018- One Kenyan has put President Uhuru on the spot over the war on corruption in a post on twitter that is going viral.

While Uhuru has on several occasions warned corrupt officials in his Government of dire consequences, he has been found guilty of appointing tainted individuals to senior positions.

That’s why this twitter user by the name Julius Mmasi has questioned Uhuru’s sincerity in fighting corruption.

He wondered why Uhuru never fired any Cabinet Secretary in the past that were mentioned in corruption scandals. 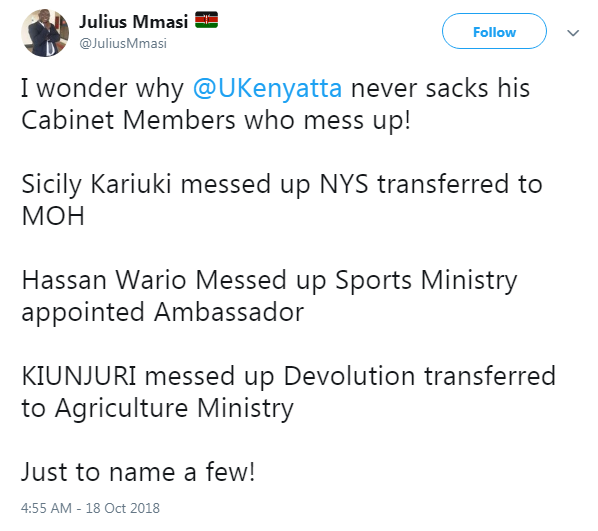