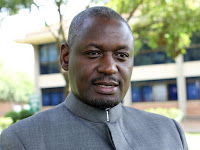 This is after the Ministry issued a directive stating that the officers from the devolved units would be required to seek approval to travel abroad.

But according to Amollo, County Assembly Members are part of a separate administration, which is not the National Government and as such should not be dictated to by President Uhuru Kenyatta’s Government.

He explained that to subject the MCAs to a Cabinet Secretary in charge of Devolution would be to subjugate them and make their governments subordinate to the national government.

He added that the idea to control MCAs trips abroad was understandable; however, that control should not be exercised by the CS Eugene Wamalwa but an independent office.