Sunday, October 07, 2018 - Cameroon’s ‘life president’ Paul Biya will be running for his seventh term in office in the general election which is set to take place on Sunday, October 7, 2018.

The octogenarian has been enticing voters with all manner of goodies from panties bearing his image to customized condoms.

However, it’s this lady, who appears to be his ardent supporter who has left tongues wagging after she posed completely naked with her privates covered in body paint of the name and photo of Biya inked on her body. 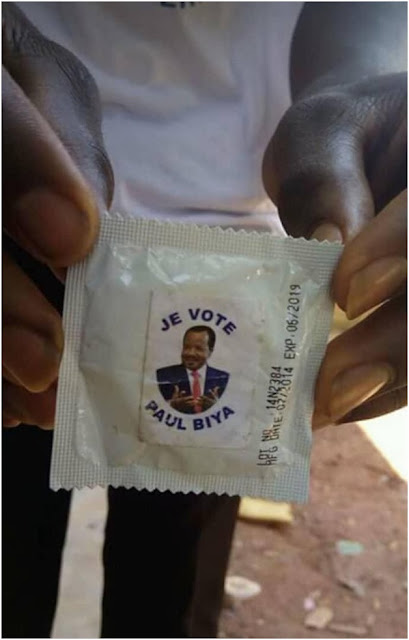 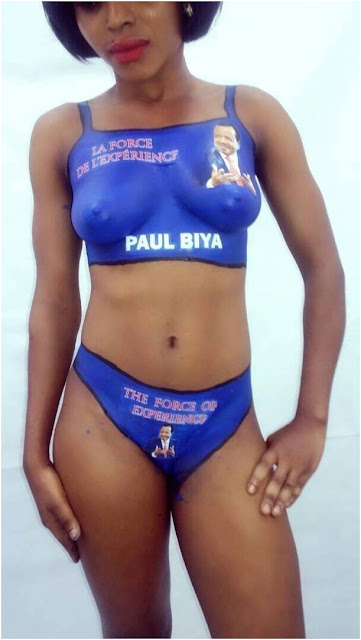