At last, DCI detectives find the knife that JOWI used to slit the throat of MONICA KIMANI - Unfortunately it belongs to Citizen TV’s JACQUE MARIBE 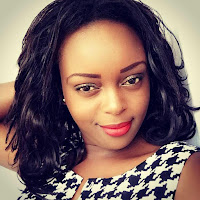 Friday October 5, 2018 - Detectives from the Directorate of Criminal Investigations have confiscated a kitchen knife belonging to Citizen TV journalist, Jacque Maribe, and have taken it as part of investigations into the brutal killing of Monica Kimani.

According to police, Jacque Maribe’s knife could be the murder weapon because they believe Joe Irungu, the main suspect, used Maribe’s knife to slit the throat of Monica Kimani in her apartment.

They will subject it to forensic tests to establish if it was the murder weapon used to kill the 29-year old on September 19th.

This comes even as the police have also concluded that Monica’s killer was highly trained and executed her with the precision of a trained assassin because there was no struggle or noise that emanated from the house as she was being murdered.