Monday, September 10, 2018 - Migori Governor, Okoth Obado, has been all over the media after the death of Sharon Otieno. 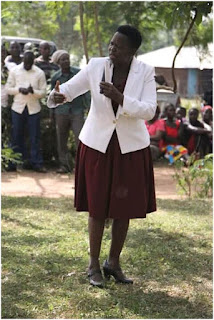 The 26 year old lady had an affair with the controversial Governor who is alleged to have plotted her murder.

When Sharon died, she was 7 months pregnant with the Governor’s child.

He had ordered her to terminate the pregnancy but she refused.

Okoth Obado is a married man who has a special appetite for young ladies.

He is married to this beautiful and conservative woman called Hellen.

Check out her photos in the next page