Tuesday, September 25, 2018 - There was a struggle between the late Monica and Jowi, the man alleged to have killed her. 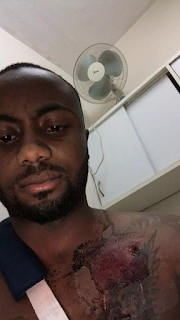 Jowi sustained a gunshot wound the day Monica was killed in cold blood at her apartment.

He recorded a contradicting statement on how he sustained the gunshot wound, something that has put him in trouble.

Detectives investigating the cold blood murder located his phone signal at Monica’s apartment, the day she was killed.

Police who arrived at the scene of the crime confirmed that there was a struggle between Monica and the person who killed her.

A witness positively identified Jowi during a police parade on Tuesday morning as the man he saw come out of Monica’s apartment the night she was killed.

Apparently, Jowi is a...