Friday, August 10, 2018 - This video shows the moment a daughter of famous Russian celebrity threw his expensive phone into the ocean after she realized he was not giving her attention. 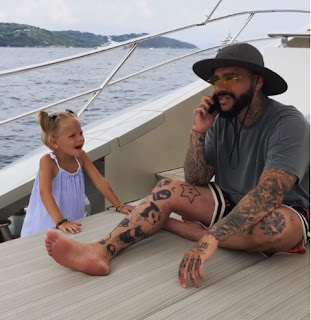 From the video, the guy known as Timati, is seen with his daughter on a yacht on a sunny afternoon.

However, the adorable girl was unhappy after her daddy started talking with someone on the phone.

She grabbed his phone and threw it into the ocean then turned to her father and smiled sweetly at him.

When her shocked father asked:

"Alesya, what did you do?" she replied smiling: "It's better this way."