See what cops recovered from these thugs in Dandora after raiding their house and shooting them dead (PHOTOs).

Tuesday, August 28, 2018 - Police officers who were acting on a tip-off from the public raided a house in Dandora where they cornered 5 thugs who are behind a spate of crimes in the area

The cops cornered the thugs and shot them dead and then recovered 3 pistols, 14 rounds of ammunition, 14 rolls of bhang, sachets of illicit liquor called Simba Waragi that they have been selling in the area and other deadly weapons.

Here’s a photo from the crime scene. 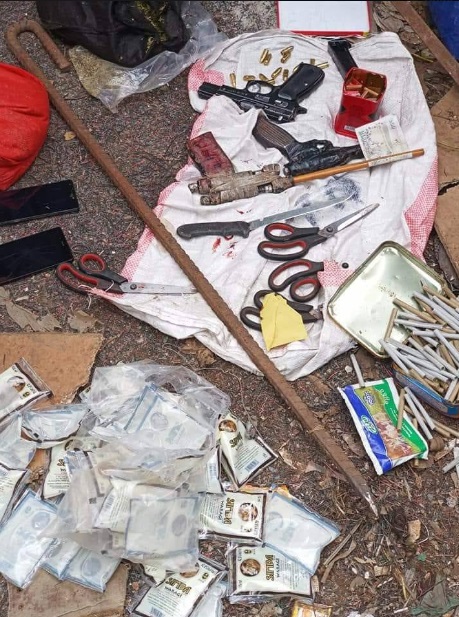