Thursday August 9, 2018 - Former Nairobi Governor Dr. Evans Kidero was arrested yesterday alongside eight other people over the mismanagement and embezzlement of public funds during his tenure. 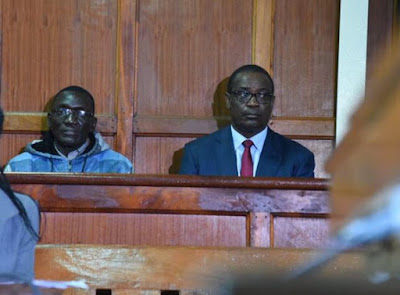 Kidero was arrested by detectives from the Ethics and Anti-Corruption Commission (EACC) on orders from the no-nonsense Director of Public Prosecutions (DPP), Noordin Haji.

They are expected to be arraigned in court today after processing.

This comes even as the current Governor, Mike Mbuvi Sonko, has insisted that he inherited a broke County, claiming that Kidero and the people he worked with looted the County dry.