Sad news as 5 KDF soldiers are killed by AL SHABAAB terrorists – Is there anything UHURU/ RUTO’s Government can do different? 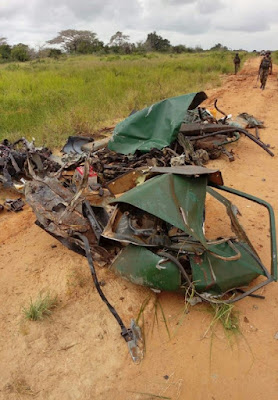 The KDF soldiers were on a routine security patrol before they were blown into pieces when their lorry ran over an Improvised Explosive Device (IED).

It is suspected that the IED was planted by Al Shabaab terrorists whom Kenya has engaged since 2011 as they seek to pacify Somalia and improve her own security and that of the region.

Surprisingly, the attack came hours after a military helicopter passed through the area while heading to Garissa County to deliver medical services.

More KDF soldiers have since been deployed in the area to pursue the militants behind the heinous attack and...