Thursday August 9, 2018 - Bumula MP, Mwambu Mabonga, has cautioned Luhya leaders to be wary of ODM Party leader, Raila Odinga, warning that the ODM supremo does not mean well for the Mulembe nation. 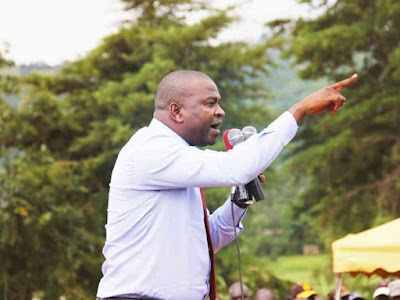 Speaking in Tulumba, Bumula constituency yesterday, Mabonga alleged Raila's new found closeness with the Jubilee administration was a ploy to replace members of the Luhya community with his cronies.

He said that Raila was trying to use the Luhya community to meet President Uhuru Kenyatta and thereafter, he will abandon them after achieving what he wants.

"It is now surprising that Raila Odinga is the one assembling Luhya leaders in the pretext that he wants to help them meet President Kenyatta over what our region needs.”

“Raila is just using the Luhya community to achieve what he wants,” said Mabonga.

Mabonga claimed that should a Cabinet reshuffle be done, some people from Luhya land will be replaced by allies close to the former Premier.

This comes even as Sports CS, Rashid Echesa, has alleged that Raila was inciting President Uhuru Kenyatta to sack him from Cabinet on account that he is Deputy President William Ruto’s ally.