RAILA ODINGA says MIGUNA is an ungrateful friend, I did a lot for him but he abuses me daily, let him rot in Canada

Wednesday August 1, 2018 - National Super Alliance (NASA) leader, Raila Odinga, has for once spoken about the deportation of self proclaimed NRM general, Miguna Miguna.

Miguna is among individuals who participated in the illegal swearing in of NASA leader, Raila Odinga, as the People’s President on January 30th and he is currently enjoying the humid weather of Ontario.

When Raila Odinga made a truce with President Uhuru Kenyatta on March 9th, one of the agreements was to bring back Miguna Miguna to Kenya.

But in an exclusive interview with Citizen TV on Tuesday evening, Raila Odinga said Miguna is a very ungrateful person because he abused him when he tried to help him.

"You know what I have done for him and how he has treated me and the things he has said about me.”

“Please, I do not want to talk about one Miguna Miguna," angry Raila said. 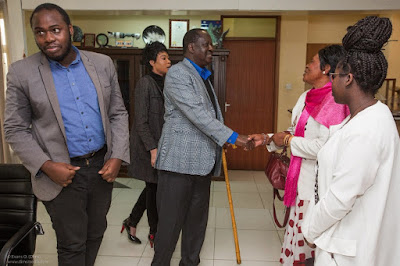 Miguna was Raila Odinga’s aide during the former Prime Minister's tenure as the nation's co-leader, before he was fired, with the two again meeting after President Uhuru Kenyatta's re-election nullification late last year.

He has since branded Raila Uhuru's slave, referring to him as the President's bag carrier and claimed that he was paid 50 billion shillings to join the Head of State.