PHOTOs of ATWOLI’s lavish home where he lives with his sweetheart MARY KILOBI, this is good life.

Thursday, August 16, 2018 - COTU boss, Francis Atwoli, recently confirmed that he had won the heart of beautiful KTN Swahili anchor, Mary Kilobi, and married her in 2016 after paying dowry. 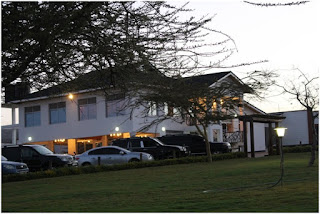 The 69 yr old flashy trade unionist lives with his 34 yr old wife at his palatial home in Kitengela, Kajiado County.

At times, Atwoli hosts international guests at his Kitengela home which looks like a mini-palace.

See some photos of his lavish home in the next page