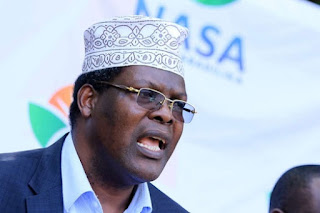 Raila claimed that he was discussing plans of investment in Nyanza with the officials.

But Miguna responded to Raila’s tweet with a hard tackle.

Check out this tweet from Miguna directed to “Baba”. 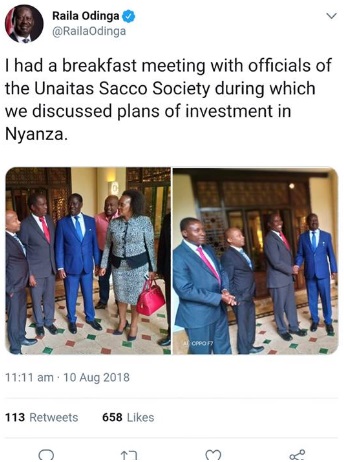 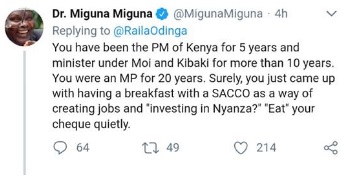