MATIANGI explains why he snubbed Senate summon over 3.2B Ruaraka Land saga! He is suspected to have received 300 million

Through his spokesman, Mwenda Njoka, Matiangi said the letter inviting him to appear before the Senate on Monday at 8am, arrived in his office yesterday at 4pm.

“We were not aware of this meeting therefore, there was no way we could have snubbed the Senators,” Njoka said. 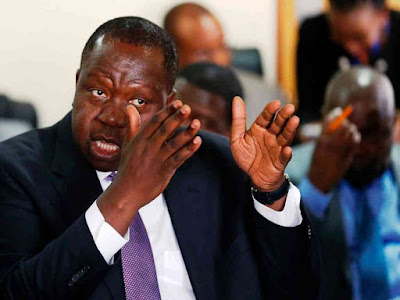 Matiang’i was the Education CS when partial compensation of Sh1.5 billion was made to Whispering Palms Estate Limited - a sister company to Afrison Export and Import Limited and Huelands Limited.

The CS was slated to respond to Education CS, Amina Mohamed, who appeared to pass the buck back to her predecessor, for not adhering to recommendations of an internal report to authorize a Sh1.5 billion payment for the controversial land.