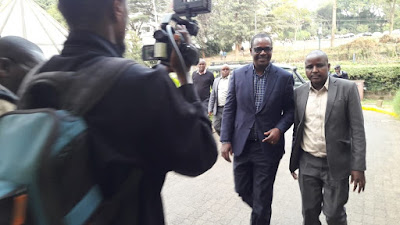 Making the revelations on Thursday, Alai said that from 2015, Kidero was collecting sh 20 million in cash from the County’s Treasury office daily and putting the money in his private account.

Alai said those who questioned about Kidero’s activities ended up dead and other were beaten by gangs coordinated by Elisha Akuba.

“The manner in which Kidero looted Nairobi County will be taught for eons. Didn’t travel out of the country from 2015. Collected Ksh 20 million each day from County Finance offices. Those who questioned the looting ended up dead or assaulted by gangs coordinated by Elisha Akuba," Alai said.

Alai made these revelations as Kidero battles with a court case where he is accused of stealing sh 213 million when he was Governor.

He was released on a cash bail of Sh 2 million and personal bond of Sh 5 million on Thursday.