Kenyan women are ruthless! See how this LADY humiliated her ‘stingy’ boyfriend who works with Equity Bank (PHOTOs) 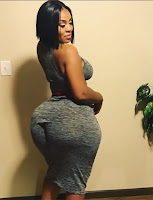 Wednesday, August 22, 2018 - This Kenyan woman has dumped her boyfriend in the most savage manner.

The lady seems to have been fed up with the guy who has been identified as Chris, a banker and planned to humiliate him.

The guy passed by the lady’s house as usual but got a rude shock when he went to check for some food the lady had cooked for him.

The lady had packed condoms in the hotpot meant for food.

When the guy asked what was the meaning of all that, he was not ready for her response.

Apparently, the guy was stingy the only thing he never forgot to buy when visiting her is a pack of condoms.

Check out the screenshots in the next page