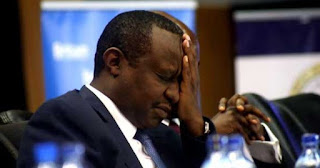 In the motion registered with the Clerk on Wednesday, Kimililu MP, Didmus Baraza, accuses Rotich of poor implementation of the law capping interests which became operational in September 2016.

“For the few who have been able to access credits during the operation of the interest rate cap, they find themselves unable to meet their obligation in time because of a poor performing economy under Mr Rotich’s leadership; many Kenyans have now been registered at credit reference bureaus,” Barasa said

The MP also accuses Rotich of over borrowing, which he terms as unmatched and has crippled the economy.

“One wonders why Mr Rotich would go for commercial debt instead of concessional debt.”

“This appetite for commercial debt has created pressure on the Government’s liquidity and therefore ability to repay arising liabilities,” he said.