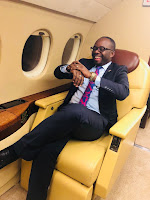 According to media reports from Harare, police have requested members of the public to contact them if they have any information on Jakakimba’s whereabouts.

Jakakimba is wanted by Zimbabwean police for questioning in connection to the poll chaos that erupted in the capital city, Harare, after the announcement of the disputed Presidential results that claimed six lives.