Here’s the identity of the married LADY at KTN linked to a S3XUAL affair with COTU boss, FRANCIS ATWOLI (PHOTOs). 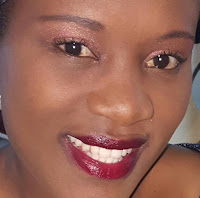 Wednesday, August 8, 2018 - Flashy and wealthy COTU boss, Francis Atwoli, recently came out guns blazing and cleared the air about his alleged ex-marital affair with a married anchor at KTN.

There were allegations that Atwoli had snatched the beautiful anchor from her politician husband by the name Jack Wamboka, who contested for the Bumula Constituency seat last year and failed.

The identity of the KTN lady linked to an affair with Atwoli has been unveiled.

Her name is Mercy Kilobi, a popular Swahili anchor.

Rumour has it that although Atwoli has denied any affair with Mercy Kilobi, she has already moved out of  their matrimonial home and settled in an apartment that Atwoli bought for her in the leafy suburbs of Nairobi.

Atwoli is a polygamist with a soft spot for women, especially young and hot ladies like Mercy Kilobi.