Here is what RAILA said about the looming Cabinet reshuffle - UHURU trusts him too much! Which CS will be sent home? 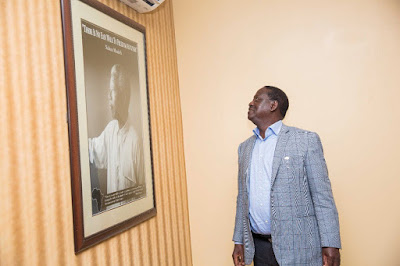 Last week there were claims that President Uhuru Kenyatta and Raila Odinga met and the two were planning a Cabinet reshuffle where some allies of former Prime Minister will be appointed to Cabinet.

But addressing the press at the ODM headquarters, the Orange House, on Wednesday, the opposition leader distanced himself from these claims.

Raila noted that he is in no way involved in Uhuru's leadership operations and is not interfering with the Jubilee Government, terming it a making of the media.

“I have heard claims that myself and the President are in the process of forming a joint cabinet but that is a lie," Raila said.

"I am not in any way involved in the information being propagated by the media," Raila added.