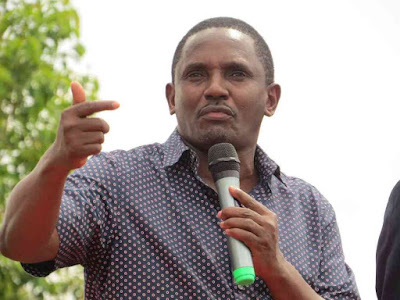 Last week, Echesa claimed that Raila Odinga is plotting his downfall and he has even told President Uhuru Kenyatta to sack him.

But in an interview with a local daily on Wednesday, Gem MP, Elisha Odhiambo told Echesa to shut up and stop maligning the name of Raila Odinga.

The MP told Echesa to convert his "negative energy" into the pursuit of more academic papers, bringing up the CS' basic formal education, as revealed in a report on his vetting prior to the appointment.

“Unlike his colleagues, he has never been in the news for a development agenda but is always moving around politicking and hurling insults at ODM members," Elisha said.

“We will send him home by next week to give him time to go back to school before he messes Uhuru's legacy,” Elisha added.