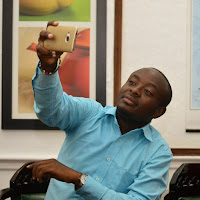 Mwangangi, who recently joined giant British media house, BBC, tied the knot with his beautiful long-time sweetheart, Carol, in a colorful wedding in Machakos on Saturday.

The wedding was attended by a host of his colleagues and former colleagues who took to social media to wish the newlyweds a blissful marriage.

“Spent the afternoon in Machakos where my brother and colleague @pmwangangi_ was saying 'I Do' to the beautiful #Carol #CarolWedsPeter #Harusi #Machakos,” posted Roncliffe Odit.

Other present include Larry Madowo and Trevoh Ombija.

Check out the photos in the next page